Recent progress in the web development world has led to increased usage of preprocessors (Haml, Sass, LESS etc.) and transpilers (Coffeescript, Typescript, Babel). Static Site Generators such as Jekyll or Pelican have also seen increased usage. To use these tools in conjunction with Deploy would require them to be run on a developer's machine, and the resulting artefacts to be checked into the repository.

We're not big fans of compiled assets being present in the source repository here at Deploy, so we've been working on a new feature to allow you to run these commands as part of a deployment and deploy only the changed assets.

We know how difficult it can be working with other people's code here at Deploy, so we need your help to ensure our build tool is compatible with as many environments as possible. To get involved with the beta, drop us a message to beta@deployhq.com with your account name and the environment your project needs to run.

Now for a sneak preview of the upcoming feature: 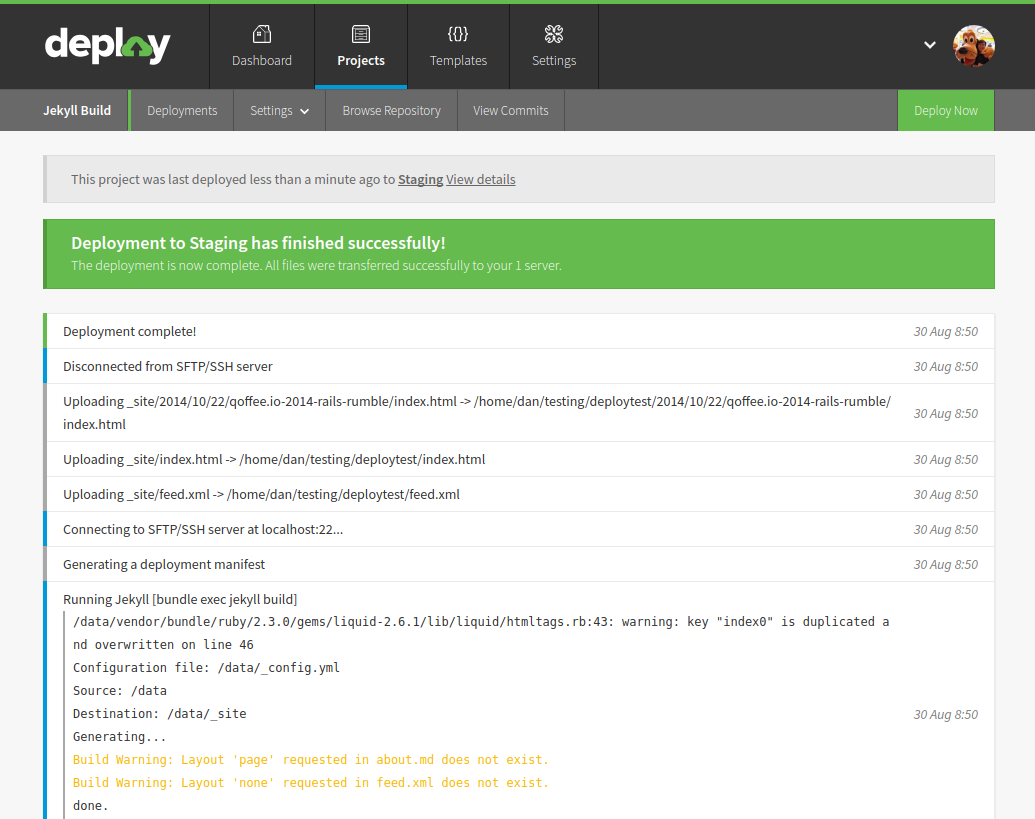 My name is Dan. My primary role at aTech is to develop and maintain our hosted applications, such as Codebase and Deploy. I'm often the person who responds to helpdesk tickets where further investigation is needed. My preferences include; beer over lager, dogs over cats, coffee over tea and cars from the 80s.