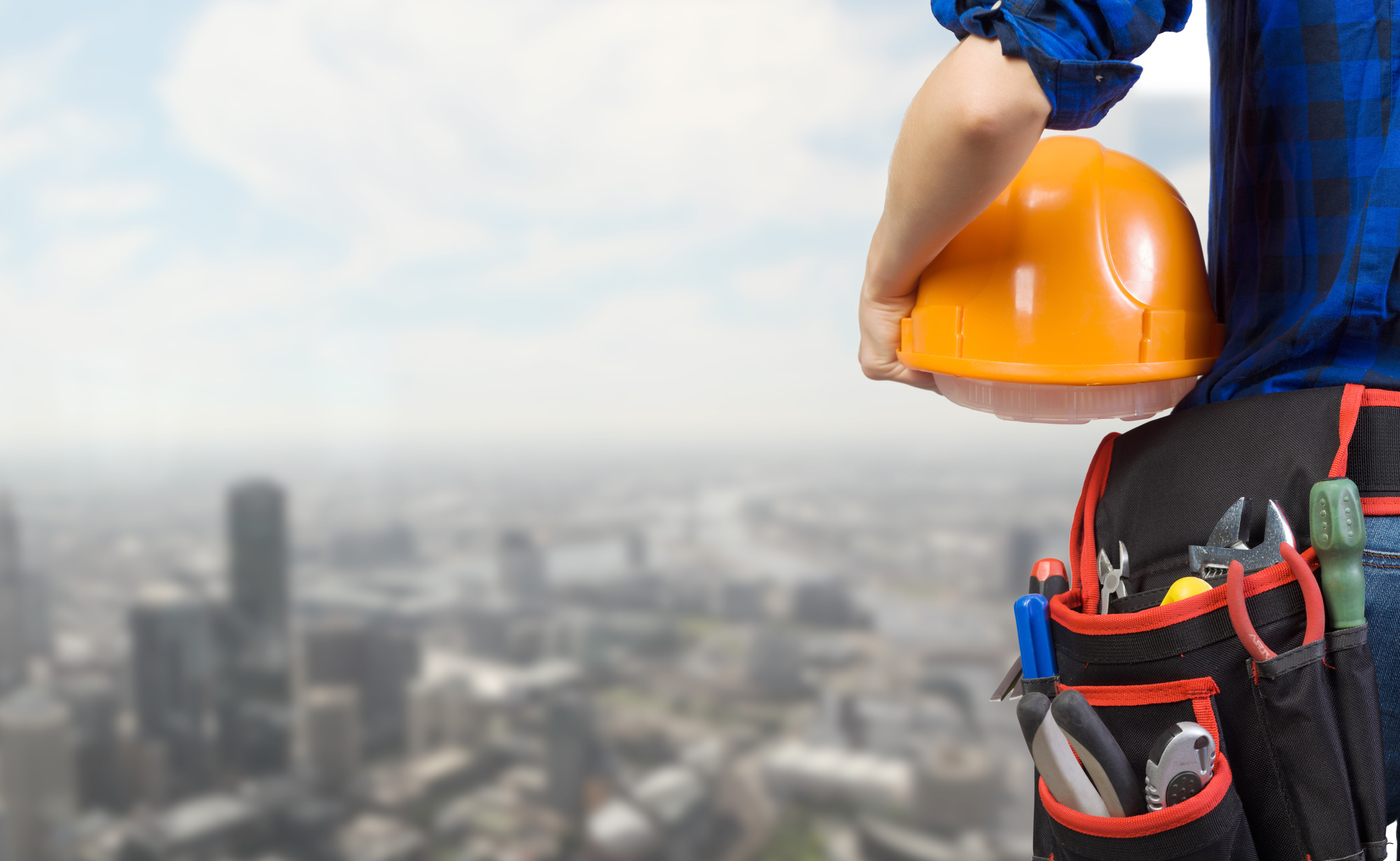 Since we released the new version of DeployHQ's interface along with the the additional features it now provides, the development team have been hard at work enhancing the platform even further.

In particular, and thanks to some great feedback from our customers who have been using DeployHQ Build since we made it available as an open beta, we've now added both build caching and the ability to fetch dependancies from private repositories onto the build servers over SSH, as part of any actions you're performing on your code, such as compiling assets.

We've deployed a couple of changes to DeployHQ Build to be able to fetch dependancies from private repositories over SSH.

Firstly, you'll be able to connect to the remote repository in exactly the same way you do already for deploying your code, by adding the project's SSH key to authorized_keys on the repository server, or to the Deployment Keys if the repository is hosted on one of the main supported providers, such as Bitbucket, Codebase or Github. You'll find the public key in the configuration page within your project.

Secondly, DeployHQ Build's servers will allow connections from your build process out to any service by default, but if you wish to restrict this, you can define hostnames and public keys as Known Hosts. 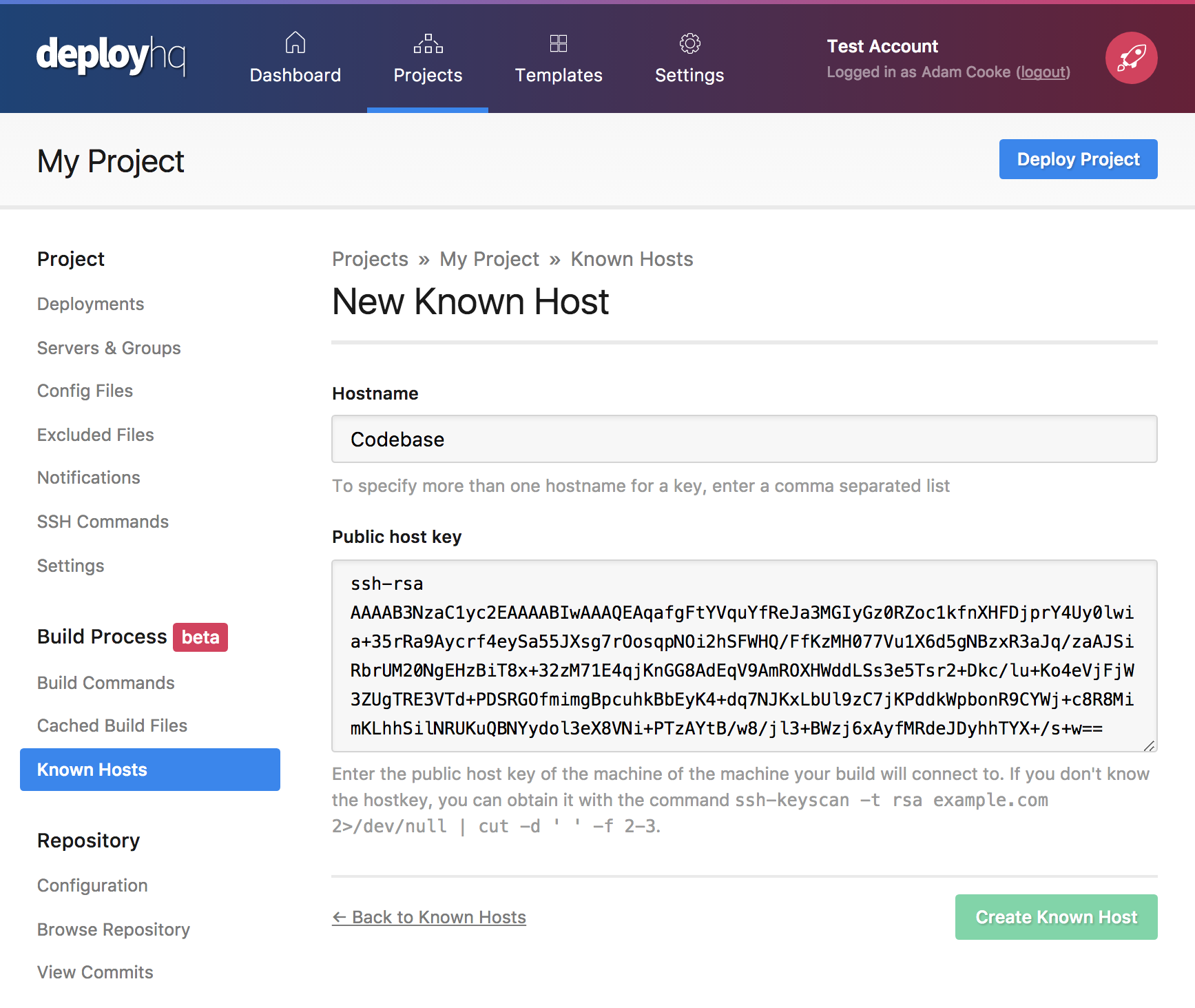 We've now added Build Caching, so that you can cache installed dependancies in your project, rather than having to fetch them before each deployment. 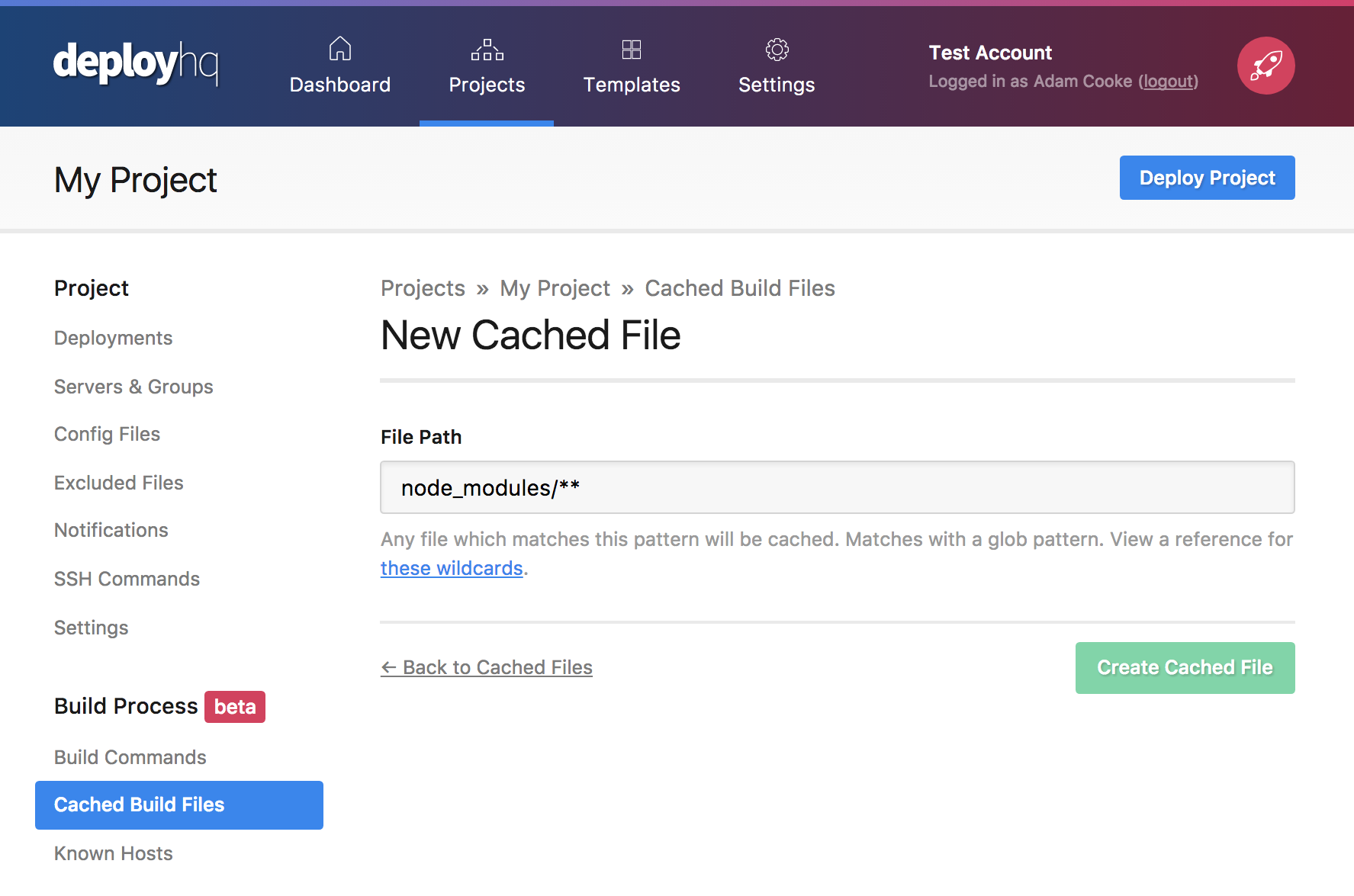 The path and file syntax is a duplicate of Excluded Files in DeployHQ, so you can even cache entire directories as per the example above.

If you want to run a clean build, for example if you want to update some dependancies, just disable the Use build cache? option under your advanced settings when running a deployment, then a brand new set of dependancies will be fetched.

Finally, you'll find both enhancements available as part of templates, so you can set up known hosts and cached files then apply them to new projects. 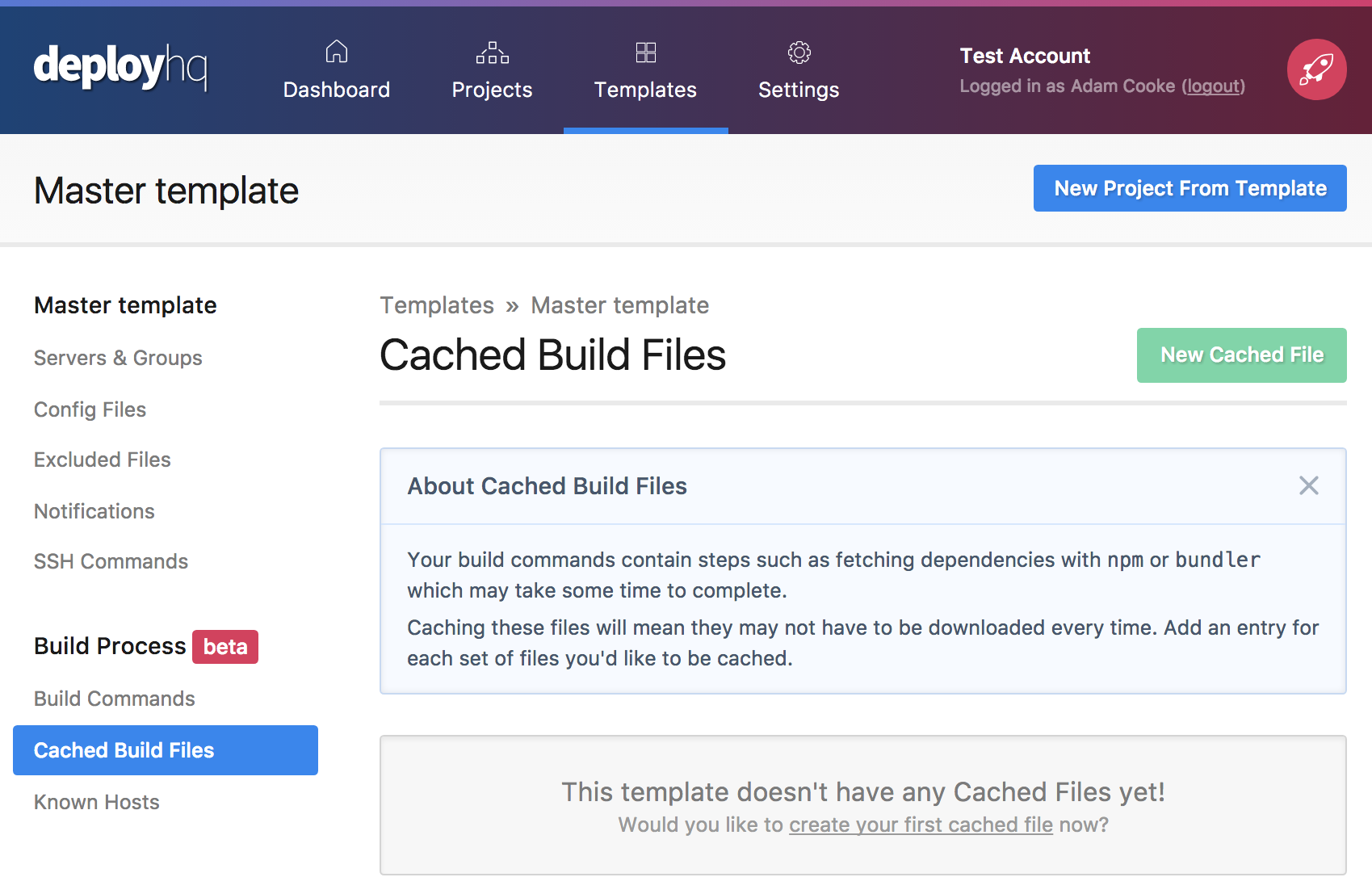