Start by choosing Shopify as the protocol, then enter the store url, i.e. deployhq-test.myshopify.com, followed by your theme name. 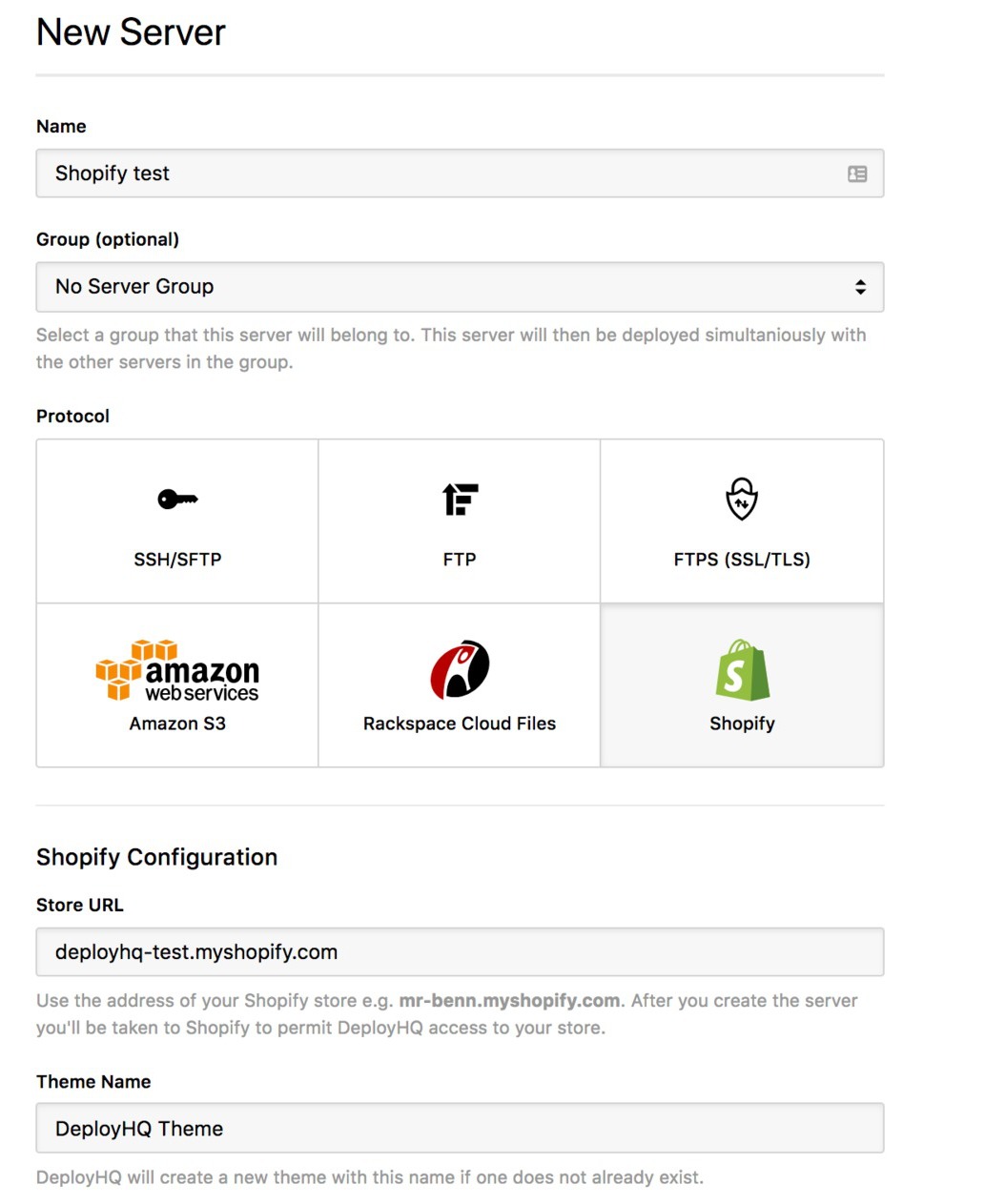 You can use the name of an existing theme, or simply enter a new one and it will be created for you when you first deploy to it.

Add any additional environment or other configuration, then click Create Server, after which you'll be connected to Shopify to authorise the connection from DeployHQ.

After you've saved your server, you'll be taken to the login page for your Shopify store: 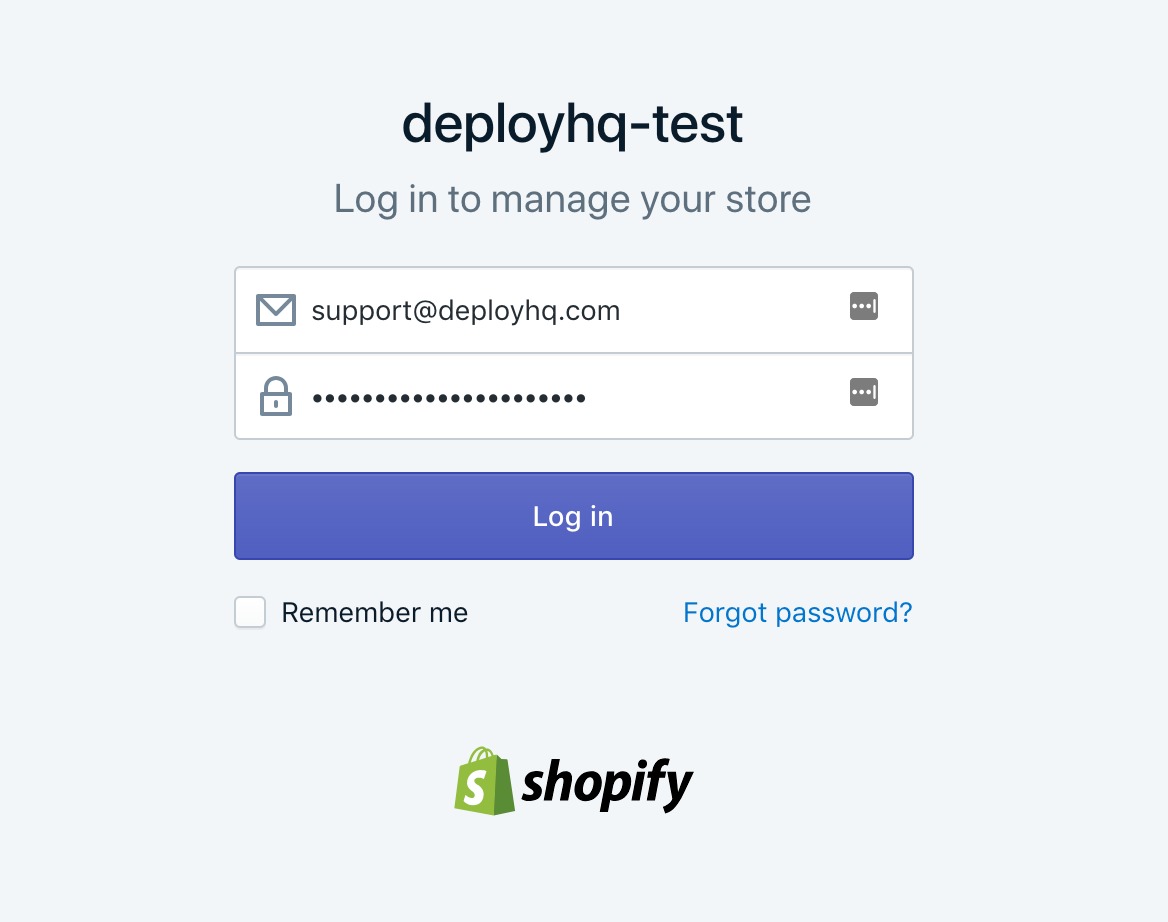 After which you can authorise DeployHQ to access your Shopify store: 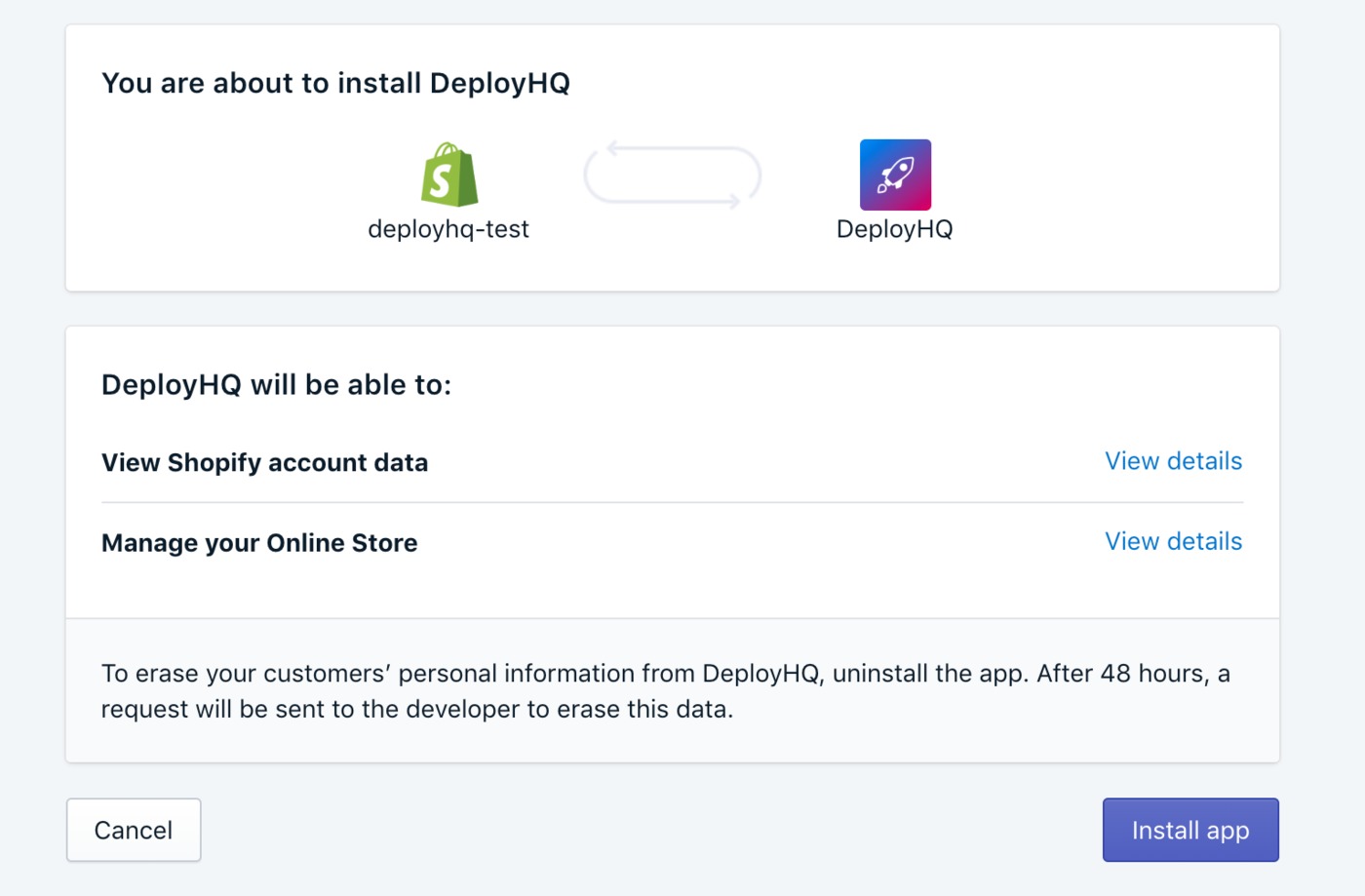 Once you've done so, your server will be configured and ready for its first deployment.

When running a deployment to Shopify, only files that match the Theme structure will be uploaded, otherwise any other files outside will be skipped.

Once the deployment has run, you'll see the files within your Theme. 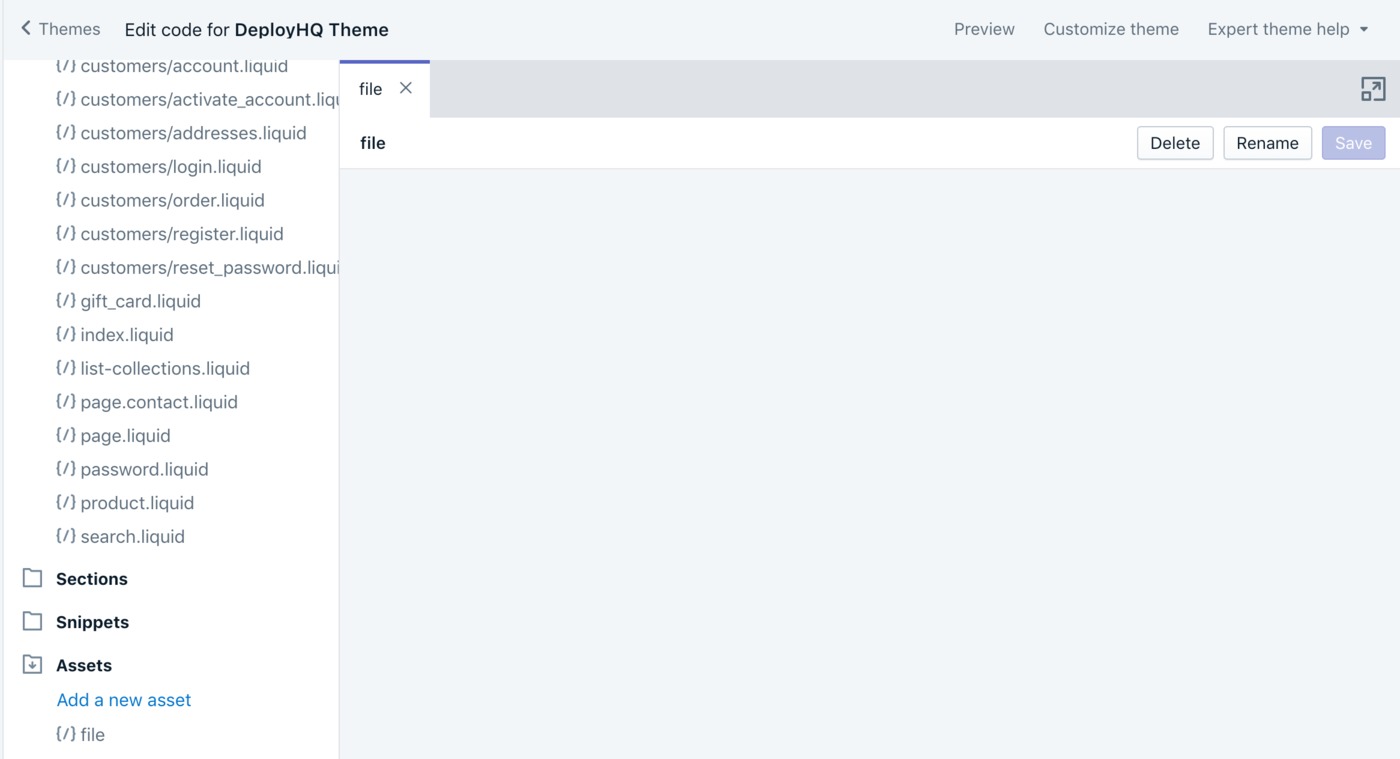 Additionally, deployments work in exactly the same way as other services and protocols, so you can easily set up automatic deployments to a Shopify theme when you push code to your repository.

Once you've authorised the connection from DeployHQ to your Shopify store, you'll be able to then use that throughout your DeployHQ account, by simply logging in again when adding a new server.

If you wish to revoke access to DeployHQ, just head to your Apps area in Shopify, then click the delete icon next to DeployHQ in the list of apps.